The Buzz About Mosquitoes and Their Harmful Bites | Outdoor Expressions Landscaping Blog
517.333.7999 Make a Payment

The Buzz About Mosquitoes and Their Harmful Bites

Published on Sunday, July 04, 2021
This article was tagged under: Mosquitoes

Many people see mosquitoes as a mild annoyance. Their bites can leave you with itchy, red bumps on your body. But while they are annoying, they should also be taken seriously. Mosquitoes can be carriers of some serious diseases that can lead to severe symptoms or even death. That's why it is important to make sure your yard in Michigan is free from these pesky insects.

Mosquitoes can carry serious diseases including West Nile Virus, Zika, Eastern Equine Encephalitis and new viruses like Chikungunya and Dengue that have not made it to the U.S. yet. Keep reading for more information for each.

Eastern Equine Encephalitis is a deadly disease that can cause brain inflammation.

Eastern equine encephalitis is very rare, but Michigan has had a handful of cases in the past few years. In 2020, there have been three cases for humans, while 41 animals have been infected.

This deadly disease can be fatal, with around 30% of those infected succumbing to the disease. The only way to get this disease is through the bite of a mosquito that is a carrier. It takes about 4-10 days before symptoms will appear. Some of the symptoms of EEE include:

To lower the chances of getting infected with EEE, eliminate areas around your property where mosquitos can live and reproduce.

Some people can be infected with the West Nile Virus without their knowledge.

More than half of the people who become infected with the West Nile Virus do not have any symptoms. While mosquitoes usually are the ones spreading this virus, the mosquito becomes infected by feeding on infected birds.

The World Health Organization states that 80% of people will not have any symptoms of the disease, which includes mild headache and fever. In more serious cases, additional signs and symptoms include disorientation, seizures, vision loss, and coma. While most would fully recover from their bout with the disease, certain factors such as age and other medical illnesses like hypertension and kidney complications can make you more susceptible to the disease.

Zika only arrived in the US in the past decade.

Zika has been around since the late 1940s, originating from the ZIka Forest in the country of Uganda, but it only made its way to our country in the past decade. Some of the symptoms associated with the Zika virus include fever, headaches, and rashes. One thing that can be worrying about this virus is that if the one infected is pregnant, it can cause complications in the pregnancy such as microcephaly and other abnormalities. For adults, it can be the cause of Guillain-Barre syndrome and myelitis.

Viruses like dengue and chikungunya that have not been detected in the U.S. can also be transmitted by mosquitoes.

Aside from the ones listed above, there's also chikungunya and dengue. But fortunately, there have been no reported cases yet of local transmission of these two. Most of the people who have been infected in the U.S. have come from other places such as the Caribbean and other US territories that have re-entered our country.

Both diseases have similar symptoms to the Zika virus. There is also no specific treatment yet for either virus and that's why it's important to prevent or lower the risk of contracting the disease by controlling the mosquito population.

Get rid of the mosquitoes on your property with our mosquito control program. Call (517) 333-7999 to schedule.

The warmer months mean an increase in these bugs appearing on your property. But with our Mosquito Control Program, you can still enjoy your summer barbecues without the fear of getting bitten by mosquitoes. We offer this service to residential and commercial properties in East Lansing, Okemos, Haslett and surrounding areas in Michigan.

Being in the business since 2002, we know the areas where mosquitoes gather and that is where we will apply our pesticides. Our program consists of five visits, starting in May through August. Give us a call on (517) 333-7999 to sign up for our program.

Thanks for your feedback! Your comments have been successfully submitted! Please note, all comments require admin approval prior to display.

There is a problem with your comment, please see below and try again.

There have not been any comments left on this post. 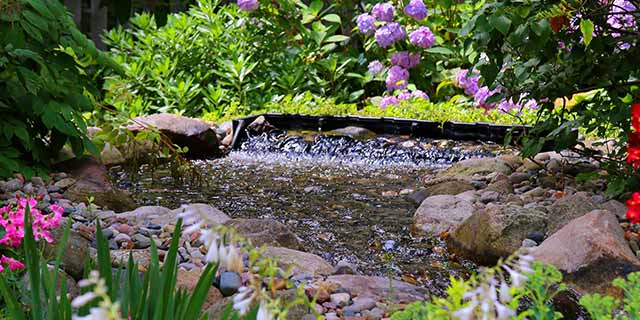 Top Services
Irrigation Services
Commercial Services
Contact Us for a Quick Estimate
Error Submitting Form:
By submitting this form, I agree that my phone number and email address may receive communications regarding service notices, billing communications, promotions/deals, and other notifications from our company. These messages may be delivered via email, SMS, calls, or voicemails. You can opt-out of SMS communications at any time by replying "STOP". You can opt-out of email promotional communications at any time by clicking the unsubscribe link. Your information is only used internally to provide/offer services and never sold to any 3rd parties. For more information, please review our privacy policy.